If there’s one thing that my students can all do well, it’s texting. Yeah, sure they do all kinds of things on their ever-present smart phones. Most of them use Snapchat (I don’t even want to know how many of their stories I accidentally made an appearance). Some use Twitter or Instagram. But they ALL text. (On the other hand, one thing that none of them can do well is discreetly text in class, but that’s a different post.) After fighting them all year, I decided it’s about time to put that skill to good use.

Throughout my unit on Shakespeare’s Much Ado About Nothing, my students had two assignments to complete for each Act. By the time we got to Act 5, I desperately needed to switch things up. Consistency is great until it gets boring.

I created a fun assignment that I believed would show me if the students understood the events of Act 5 but in a simpler (easier to grade) format. I’ve seen plenty of fake text message screenshots in my time on social media. Why not have the students create their own fake texts between the characters of the play?

I know there are plenty of websites that will help you create fake text messages, but here is the one I used: 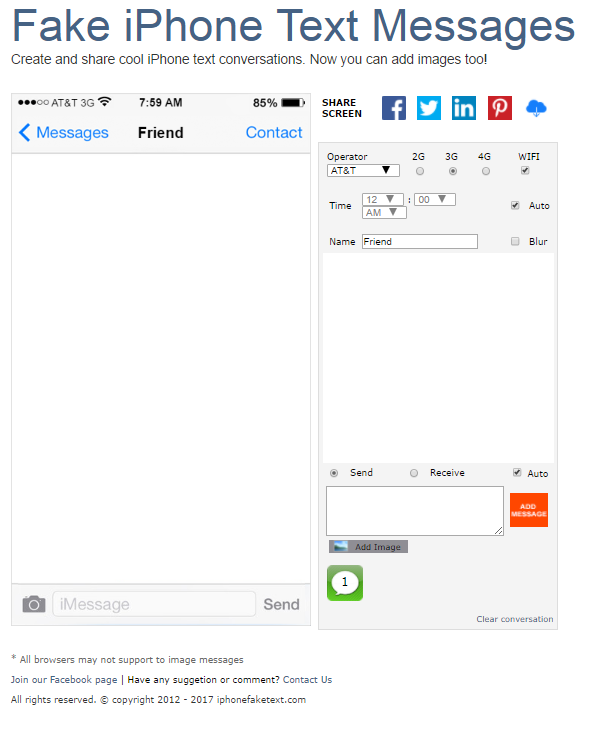 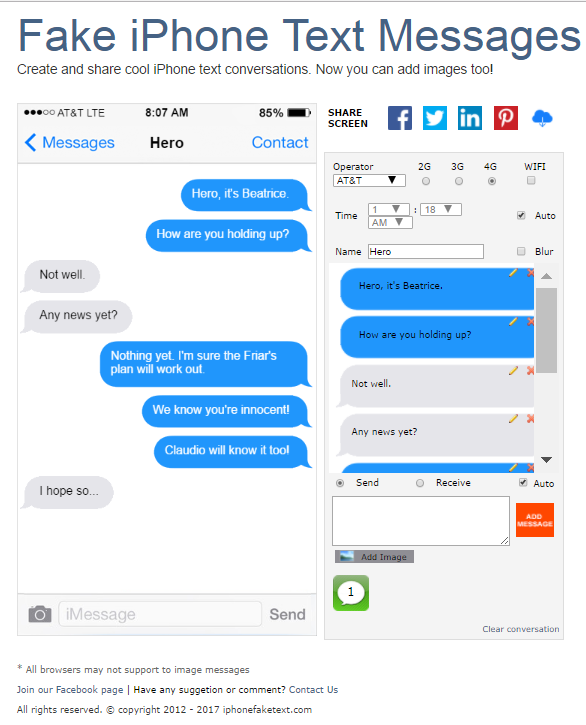 I like this option because students can customize who the text is going to, the service provider, the time, etc. If they wanted to get creative, they could fit the service provider to the character (for instance, Hero would probably have an expensive provider and 4G, while Margaret would probably have a cheaper monthly plan). There is an editing side where students can change these options and edit the texts and a completed side that shows the screenshot.

The little blue cloud icon allows students to download the screenshot of the fake messages. I did run into a problem with students completing the assignment on their phones unable to download the image. This was a perfect example of not letting a small issue ruin a cool assignment; I simply told my students that if the had an issue like that, they could take their own screenshot of their screen and submit that to the assignment in Schoology.

Other than those minor issues that I dealt with swiftly in first period, this assignment was pretty awesome. I really enjoyed reading their submissions, and thought they did a pretty good job. I’m hoping to use this activity again in the future for all kinds of stories. It can be a great way to summarize fiction texts, especially those that are heavy dialogue (or plays).

Here are some examples of what my students submitted: 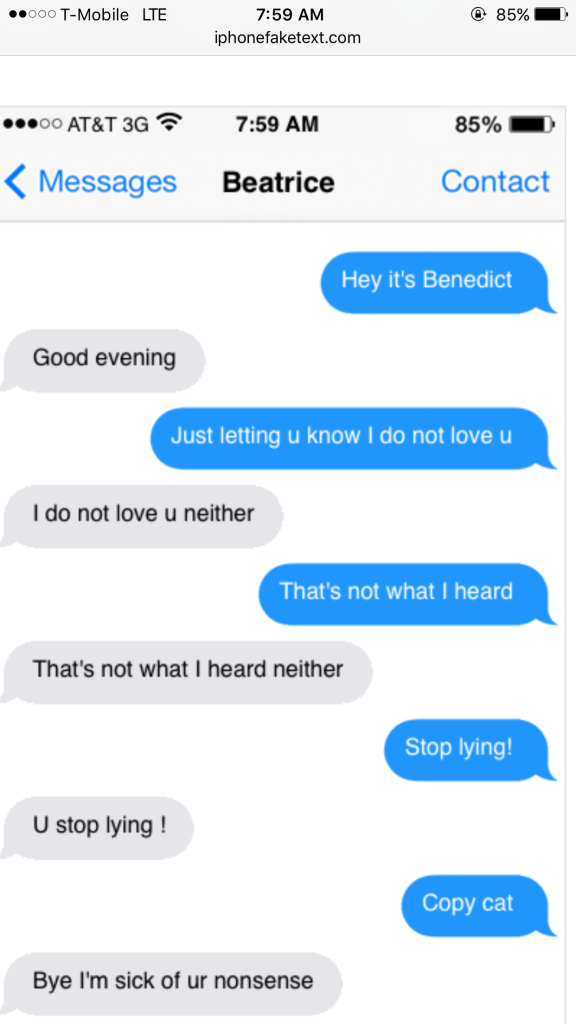 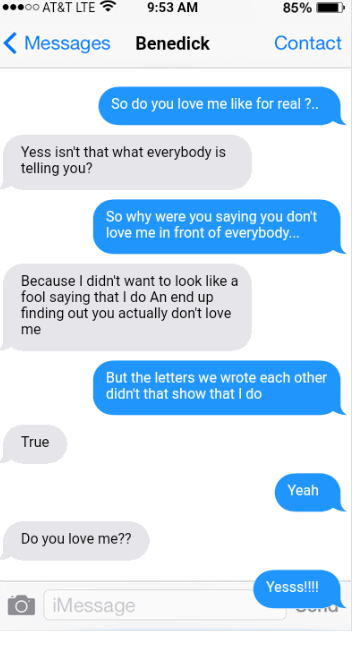 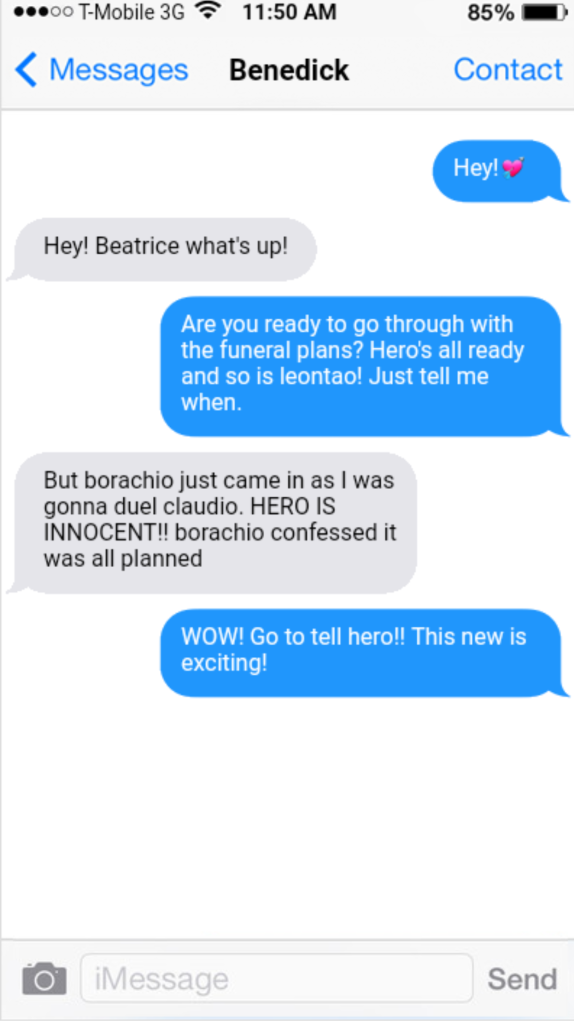 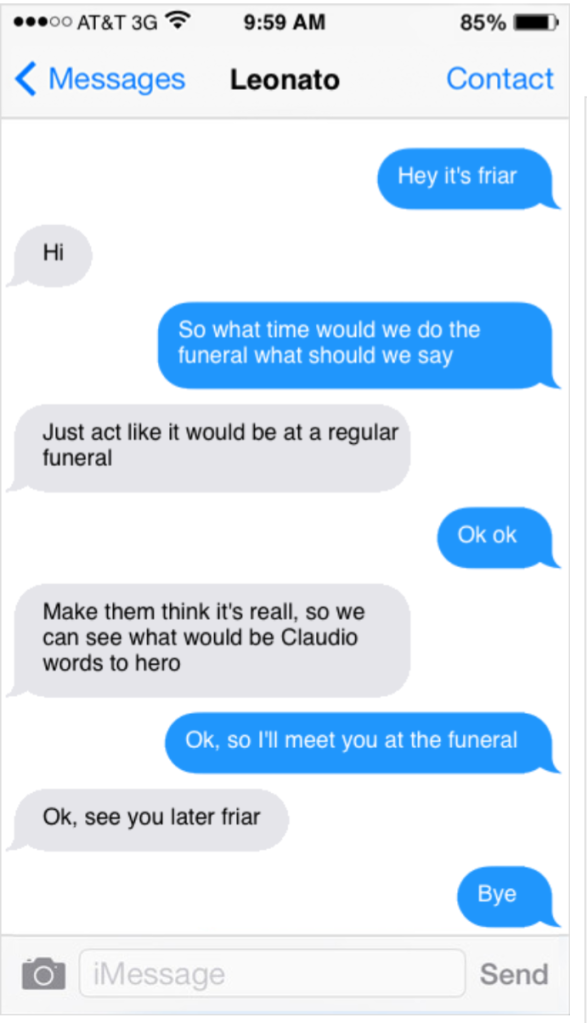 One thought on “Text Me, Maybe”

Diary of a Tech Teacher

Reflections on Technology and Education

Doing me the best way I know how!

Sharing the Love of Books

Informed by Research, Inspired by Practice

Life Stories and Beyond

Optimizing Learning for All students